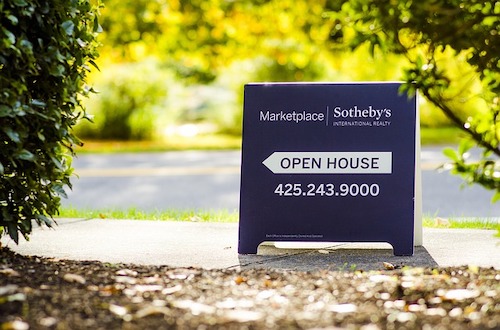 Compass, a modern brokerage platform for residential real estate, is on a fast track to total domination in the San Francisco – Bay Area market. They recently announced the acquisition of Alain Pinel Real Estate. Alain Pinel had recently bought long-time local high-end firm Hill and Company in order to compete with Compass. Now, Alain Pinel “threw in the towel” and decided it’s better to join Compass than to compete against them.

Compass plans are the same for all major markets throughout the US. The growth they’ve experienced in such a short time frame is truly amazing. Backed by Soft Bank who has invested 1.2 billion dollars in the effort, Compass has an evaluation today of $4.4 billion with 10,000 agents.  For context, Realogy (who owns Coldwell Banker, REMAX and Sotheby’s) have an evaluation of $1.4 billion with over 300,000 agents.

If Compass continues to consolidate the real estate industry, who will win and who will lose in this effort?

Compass promotes its core strength as the advanced tech tools they use. But when I speak with some of their agents, they question just what their technology platform really does differently and that isn’t available elsewhere today. Through the lens of a customer, buying and selling homes via an online tech platform isn’t really that much of a game changer.

Seeing what Compass is trying to change in the industry is similar to what happened in the automotive industry.  Back in the 1970’s, most car dealerships were owned privately by individuals who bought a car franchise from either GM, Ford Chrysler and AMC. Some of these individuals even bought more than one franchise dealership. At the time, car salesmen could make a good living. They would work on commission, splitting their fees with the house while having little overhead – much like real estate companies.

Then one day, Toyota came into the picture. Toyota wanted to create a nationwide chain that would move them away from selling cheap cars to promoting an entire line of vehicles from cars to trucks selling at different price points.  Much like Compass, they went to each independent dealer and raided their top salespeople by offering higher splits and vacation bonuses. Toyota had quickly grown their brand across the country while severely hurting the local independent dealers.

Compass selling their revolutionary technology platform in the same way Toyota sold their revolutionary way of selling cars. However, what these new salespeople did not know at the time was Toyota’s behind the scenes strategy to improving the quality of service provided by the car salesmen, thereby improving their overall sales. Toyota’s strategy was to dump new cars on the market place at cost or lower to build market share quickly while its competitors were figuring out how to survive. Car salesmen made their money by the spread between cost and whatever they could tack on as profit, which was what their commission was based on. As a result, these top salespeople quickly were wiped out as well as the independently owned car dealerships. Toyota became the top brand among dealerships in the U.S.

Today, car dealerships are made up of large corporate identities working on smaller margins and relying on high volume. Car salespeople today rarely make money and the industry has moved more to a technology platform where the customer does their research online and rarely communicates with a real salesperson.

Tesla announced that they plan to close their retail showrooms to cut costs, shifting to an online-only sales model. This may seem shocking; however, Tesla already sells 78 percent of their cars online without any salespeople.

For Compass agents, they enjoy a better sales platform that would increase their overall revenue. If not, they too will face the same results as the 1970’s car salesmen. Large corporations do not grow on the backs of individual agents making money.  They grow by controlling the market and setting their own rules as to how the business works. History more than often not repeats itself.

Be the first to comment on "Compass: What it Means For the Real Estate Industry & How Agents Will Be Affected"